Fuller’s quickfire double on board Sgt Bull Berry and Our Three Sons put her one ride in front at the top of the Ladies’ Championship leaderboard with seven weeks to go.

The talented amateur first rode Sgt Bull Berry to a seven-length victory in the opening Handicap Chase over three miles and three furlongs.

At long odds, Fuller kept her ten-year-old handy throughout the race before pulling clear in the closing stages to win by an impressive seven lengths. 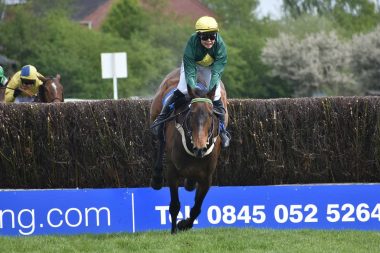 Her opening ride was then followed up by another win in the fifth race of the afternoon on board Our Three Sons in the two-mile handicap hurdle.

It proved another comprehensive win for Fuller who this time won by twice the distance of her opening race – by a huge 14 lengths. 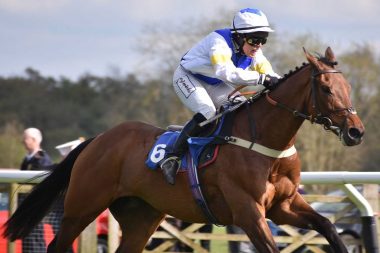 Elsewhere on the card, local duo Dan and Harry Skelton teamed up to guide odds-on favourite HonkeyTonkTennesse to win the second race of the afternoon, a three miles and two furlongs handicap hurdle.

Skelton – who earlier this week rode his 100th winner of the season at Ludlow – allowed the favourite to make few jumping errors throughout the race, allowing the horse to build up a strong enough lead before turning home.

Eaton Hill and Storming Strumpet provided the winners in races three and four at odds of 5/2 and 11/8.

Previous course winner Deise Vu could not follow up in the sixth race as Adrian Heskin proved stronger in the saddle in the closing furlong on board grey Baraza. 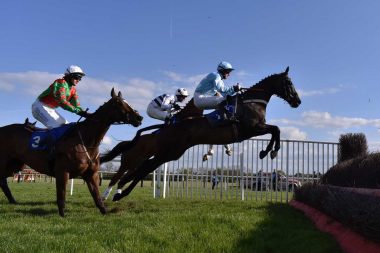 The favourite jumped the last level with Deise Vu and favouritism was justified when pulling clear in the closing half a furlong.

Stratford’s next race is on Monday, May 8. Visit www.stratfordracecourse.net for further information.