Double delight for trio at Stratford - The Stratford Observer

Double delight for trio at Stratford

THERE were doubles aplenty at Stratford Racecourse on Saturday evening as the venue hosted its first twilight fixture of 2017.

Jockeys Trevor Whelan and Mickey Hamill plus trainer Warren Greatrex were all in the winners’ enclosure on two occasions during the evening, which included six competitive races.

Odds-on favourite Little Chunk got the evening off to the perfect start for favourite-backers as jockey Hamill bagged his first winner of the night in convincing style.

Leading the entire race, Little Chunk soon had rivals off the bridle and only 50/1 chance Moderator managed to keep within ten lengths of the eventual winner.

Ashoka then took the Diane Rollason Handicap Hurdle at 5.50 for Alcester-based trainer Dan Skelton after fending off the challenge of Mighty Missile in the home straight.

Skelton was unlucky not to saddle a winner later that night when an unfortunate blunder for Spader possibly cost brother Harry Skelton the race when in front jumping the last.

Spader led nearest challenger Elysian Prince and Good Tradition inside the final furlong, but a dramatic dive put paid to any chances Skelton had of winning as Whelan picked up his first win.

Just 30 minutes later, Whelan was in the winners’ enclosure again when Deise Vu won by 13 lengths in the 2m 1f Handicap Chase.

Earlier on the card, Hamill doubled up with Fitz Volonte for trainer Andrew Martin – the first time Hamill has won two races in one day.

The biggest prize was left for the finale though as Gavin Sheehan saw off the challenge of favourite Bendomingo and closest challenger Monsieur Arkadin to clinch victory, which was worth more than £4,500 in prize money.

Stratford’s next meeting is on Sunday. First race at 2pm. Visit www.stratfordracecourse.net for further information and tickets. 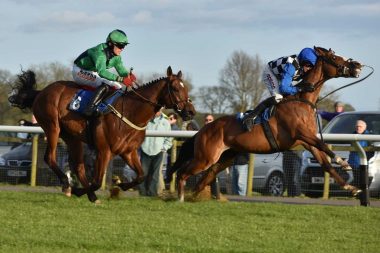 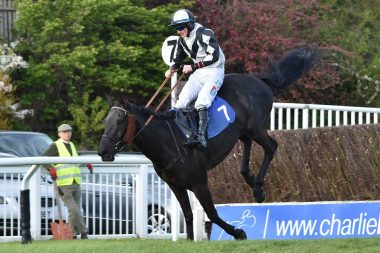