Langman leads the way for relentless Panthers - The Stratford Observer 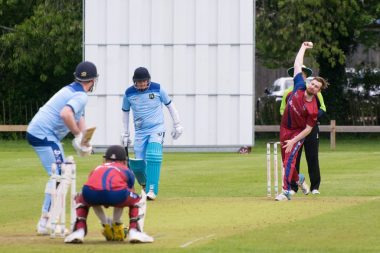 THE TITLE credentials of Stratford-upon-Avon continue to shine brightly, after a fifth win this term over Coventry & North Warwickshire continued their unbeaten start and pushed them to the top of the Warwickshire League Premier Division table.

Last weekend’s eight-wicket victory was the latest emphatic result in what has been a scintillating start to the 2021 season from the Panthers, who seemingly get better with every matchday that passes by.

In their latest rout, Stratford’s bowlers skittled hosts Coventry out for 181 inside 46 overs, a job which the duo of Gareth Langman (88, no) and George Burford (34, no) showed a keen desire to beat after captain Dexter Purser (51) had laid a solid foundation.

It proved a tough task for the Binley Road outfit to build momentum at the beginning of the innings, not least due to a number of early departures caused by Tom Grundy’s (3-21) bowling.

The good work of opener Matthew Nobes (30) was built upon by middle-order duo Ankit Kaushik (34) and Raag Kapur (33) – who put together a fifth-wicket stand of 46 – to kickstart Coventry’s run rate, while Harry Horsley (23) offered useful support.

Mike Brown (3-44), James Urquhart (2-40) and Purser (2-10) ensured that the home side were limited to a beatable score after taking a number of wickets late on.

An opening partnership of 113 between Purser and Langman did Stratford’s chances of success no harm, while the stand of 69 that followed involving Burford took the Panthers to within touching distance of the victory.

The visitors’ number three then saw out the job, notching the runs necessary to down Coventry and hand Stratford a third successive win.

All signs would point to the Panthers continuing that run against out-of-form Attock at Swans Nest Lane on Saturday, though Purser’s side will have to guard against complacency to ensure their near-perfect start continues.