Nickname competition part of club’s bid to engage with town 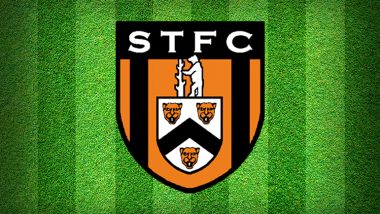 CHAIRMAN Jed McCrory believes the proactive nature of Stratford Town in the community – including a competition to think up a new nickname for the club – will have lasting benefits in the long-term.

Officially known as the Town or the Blues throughout their 80-year history, Stratford have decided to launch a campaign – through the backing of McCrory and director Andy Chilton – to finally grant the club a unique nickname going forwards.

Entries are being sought up until the March 23 deadline, with the club asking for submissions to be sent to competition@stratfordtownfc.co.uk, ahead of an announcement on the winning nickname two days later.

For the Town chairman, the initiative is just the start of a wider plan to link the club closer to the town of Stratford-upon-Avon and its residents.

“We decided before lockdown that we would remarket the club and try and integrate it into the Stratford district area,” said McCrory.

“Obviously we’re based in Tiddington, which not a lot of people take notice of, they think it’s part of Stratford but it’s not.

“We decided to try and go through the history of the club going back to 1941 when it was formed.

“We changed the colours back to an orange and blue and we’ve been trying to reintegrate back into the town, hence the competition for the new nickname, as the club has never officially had one.

“And then we said that we wanted to go to all of the schools in the Stratford district and offer all of the under-16s free season tickets to help with their well-being and to get them out of the house and enjoying sport – which we haven’t launched yet.

“The initiatives we’ve been planning to do are coming through, but none of this would have been viable if it hadn’t have been for the supporters group, the volunteers around the club and directors.

“So the club have got a lot of plans to get into the community, we’re aiming to get two percent of the community to start supporting the club.”

An inter-club panel is set to decide on Stratford’s new nickname, with a commemorative gift being awarded to the winning entry.

McCrory revealed three entries are currently leading the popularity stakes, adding: “The Bards, the Poets and the Playwriters seem to be the three that everyone is leaning into.”