Panthers on the prowl after continuing fine start - The Stratford Observer

Panthers on the prowl after continuing fine start 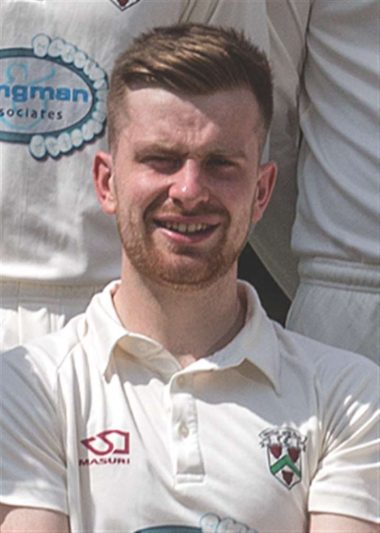 CONFIDENCE continues to flow through the first-team ranks at Stratford-upon-Avon, after the Warwickshire County Premier Division leaders extended their lead to 16 points with a 49-run victory over Barby (Northants).

Batting their way to 149-5 at Swans Nest Lane after Barby elected to field first, the unbeaten hosts then limited their opponents to 100 runs from the revised 28-over encounter to reign supreme for a fourth time this term.

A useful opening stand of 43 between captain Dexter Purser (13) and Gareth Langman (40) paved the way for consistent scoring from Stratford on a slick surface, with the latter playing a key role in this when lasting until the fourth wicket before his dismissal by Dineth Thimodya (2-44) at 99-4.

The unbeaten duo of Josh Hickman (22, no) and Nick Pepper (26, no) were essentially the difference makers in the hosts’ middle order, combining for 49 runs to pad out Stratford’s total score and see out the innings without any complications.

And as has so often been the case this term, Stratford’s bowlers were in inspired form to ensure Barby never truly threatened the target score to secure another 20-point haul.

Led by James Urquhart (3-21), who made it eight wickets for the season and sent the visitors on the back foot with the early dismissal of Rob Field (11), Barby batsmen made their way back into the pavilion at regular intervals in another classic bowling display from the Panthers.

With skipper Joel Glehorn (32) and Thomodya (15) the only other batsmen to reach double figures, and with Tom Grundy (2-8) and Archie Walker (1-11) recording excellent economy rates during their six overs served apiece, Stratford found their route to victory a fairly straightforward one come the end of Barby’s innings.

It has been an impressive response from all connected with the club, who responded to consecutive abandoned fixtures at the beginning of the month by recording two victories on the spin – a record they will aim to extend in Saturday’s difficult trip to fourth-placed Coventry & North Warwickshire.