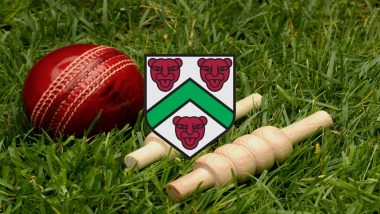 A FIRST maximum-points victory of the season saw Stratford-upon-Avon continue their perfect start in the Warwickshire County Premier Division, waltzing to a 144-run success over Rugby.

The Panthers showed their prowess with both bat and ball to post a respectable 200-7 score from their innings, before dismissing the Webb Ellis Road hosts for just 56 runs in the 34th over.

After winning the toss and electing to bat, Rugby’s bowlers opened well to remove some of Stratford’s danger men early on, as the visitors slumped at 66-4.

That all changed when number three George Burford (44) found form with middle-order batsman Josh Colwell (88) however, spelling trouble for the hosts when putting on a partnership of 106 before the fifth wicket fell.

While Burford’s afternoon was ended by an Owen Edwards (2-24) delivery, his contributions helped put Stratford on the front foot, ultimately presenting a more challenging score to Rugby’s batsmen that proved all too much.

The challenge at hand for Rugby became immediately clear when the Panthers’ Mike Brown (4-21) and James Urquhart (3-3) reared their heads in the second innings, running riot to help skittle out Rugby for a meagre total.

As one of the current front-runners in the division, Stratford will be confident of more success this Saturday when hosting winless Bedworth at Swans Nest Lane.