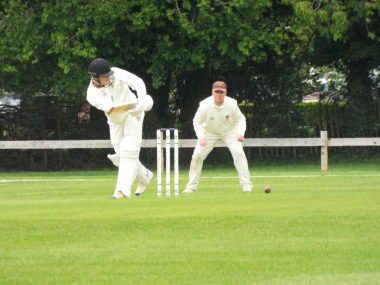 IN ONE of the rare games to have survived torrential downpour last weekend, Stratford-upon-Avon’s Mike Brown and Tom Grundy put on an incredible bowling display to help the Panthers win their Warwickshire County Premier Division clash over Bablake by 101 runs.

Capitalising on a string of abandonments for their rivals, Stratford have leapfrogged four teams to stand proud atop the league table, courtesy of their maximum-points victory last time out at Swans Nest Lane.

After winning the toss, Bablake’s decision to field first initially looked a well-judged one, considering the trio of early wickets that fell within the first three overs. 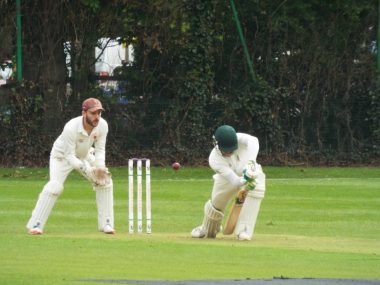 Gareth Langman (0) was first to go, followed shortly after by fellow opener and skipper Dexter Purser (0), while George Burford’s (2) departure had Stratford hopes looking glum at 3-3.

Though Josh Hickman (3) was unable to inspire his side at the crease before being skittled out by Bablake’s top bowler Rory Curran (3-26), partner Luke Nardone (35) proved a catalyst in resurrecting the innings somewhat.

Forming a partnership of 34 with Josh Colwell (13), the pair were both dismissed by 61-6, something which ultimately proved a blessing in disguise at top-scorer Dan Hackett (38) entered the fray.

Finding form with fellow middle-order man James Urquhart (16 no), the pair put on a stand of 45 for the eighth wicket to take Stratford over the 100-run mark and spare some blushes. 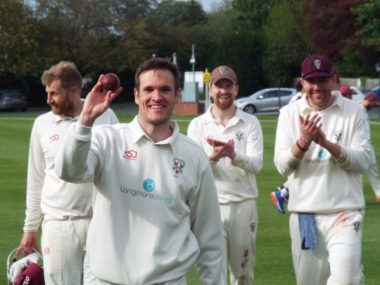 The Panthers were in red-hot bowling form. Picture by Dan Regan.

If the visitors’ start to the first innings was impressive with the ball in hand, then the Panthers’ efforts were even more admirable.

After an uneventful first over, a wicket was taken in each of the three overs that followed to put Stratford in the box seat as Brown (5-8) and Grundy (4-8) began their onslaught on the Bablake wicket.

Limiting the away side to a top score of just seven runs – courtesy of the unbeaten Josh Bains – Bablake’s misery was finally ended in the 18th over after recording a mere 25 runs.