Record-breaker Byng and victory for Marshall - The Stratford Observer

Record-breaker Byng and victory for Marshall

AFTER recently winning the silver medal in the 7.26kg shot put at the British Senior Championships, Stratford Athletic Club’s Lewis Byng returned to his under 20 age group and continued his assault on the record books by breaking the British Under 20 6kg record twice in the space of a week.

Having broken Curtis Griffith-Parker’s record of 19.30m, which had stood since 2009 the week previously, Byng put together another consistent series with every throw being above the 19.20m mark.

He added another 2cm to his own record with a 19.73m throw and strengthened his position at the top of the British Under 20 rankings – keeping him seventh in the world for 2020.

A very happy Byng declared: “I’m really pleased with my consistency and timing considering the lack of competition and to have broken the British record.

“I’ve got a couple more competitions left in the under 20s before I move into the under 23s, so I’m hoping to push 21m before my under 20 career finishes.” 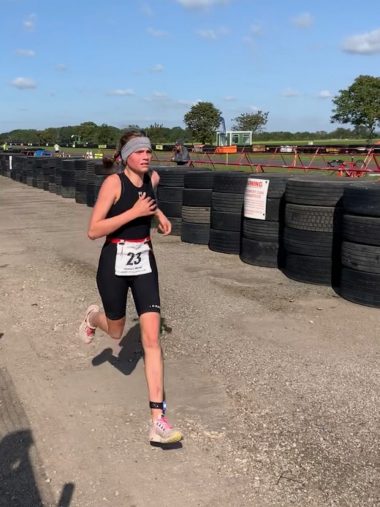 Marshall fought through the pain barrier after taking a fall on second transition to power through the last 1,500m run to a convincing victory – 90 seconds clear of the second-placed finisher.

Deaner showed strength with a solid third place in the challenging and windy conditions.