Town in the Market for three points at Church tonight 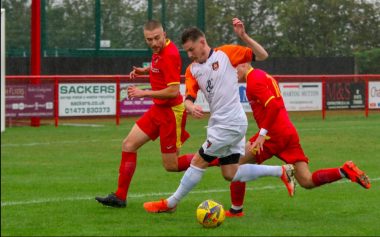 Town were unable to build on their two-match winning streak across the Southern League Premier Central and FA Cup at Bloomfields, finding themselves four goals down after 51 minutes before netting two consolation strikes through Joe Curtis and Rheiss McLean to give the scoreline a more respectable look.

Reece Flanagan and Alex Henshall stepped into the side that beat Bromsgrove Sporting in midweek as the only two changes, on an afternoon when Stratford started the brighter side with early chances for Leam Howards and Gregg Kaziboni drawing saves from Marcus Garnham. 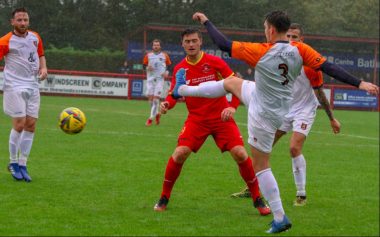 But with two Ben Fowkes goals in the space of three minutes hitting the back of Town’s net, it became clear it was going to be a long afternoon for Davis’ troops.

Fowkes fired home after bursting past Jimmy Fry down the left flank on 11 minutes, while Curtis and Will Grocott both forced saves from Needham’s custodian in an attempt to instantly restore parity.

Those efforts proved fruitless though, as the home striker swept the ball into the net after a deadly counter-attack to leave the visitors with much to ponder for the remainder of the game.

Stratford’s Ty Belford was kept busy between the sticks and made an excellent stop at the near post to deny Callum Page before the break, giving Stratford a glimmer of hope going into the second period. 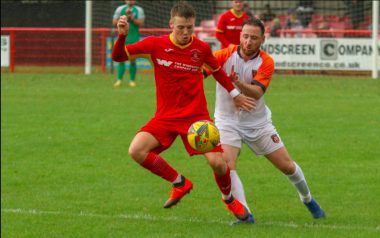 But while the visitors started the stronger side after the interval, their dreams of salvation were tarnished with two goals in the space of a minute knocking the stuffing out of Town.

First, a low driven free-kick from Gareth Heath nestled in the bottom-right corner from 25-yards out on 50 minutes, followed by Page’s thumping strike seconds later after breaking through clean on goal.

The excellent Marketmen were perhaps guilty of letting their guard slip towards the closing stages, but Stratford deserve credit for rallying to reduce the arrears late on.

Their first consolation through Curis required a big deflection to outwit Garnham on 70 minutes, while McLean was well placed to tap into an empty net and open his account for Stratford after the home shot stopper was caught out of position with two minutes left to play. 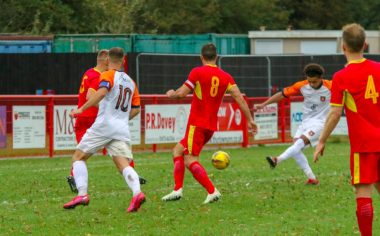 Ian Long’s Alvechurch side picked up their first point of the season last time out against Royston Town in a 2-2 draw, although they perhaps should have claimed all three after conceding a 93rd-minute equaliser at Lye Meadow.

Church have not won a game since New Year’s Day however, a factor which Davis and co. will hope to capitalise on once play commences in Worcestershire.