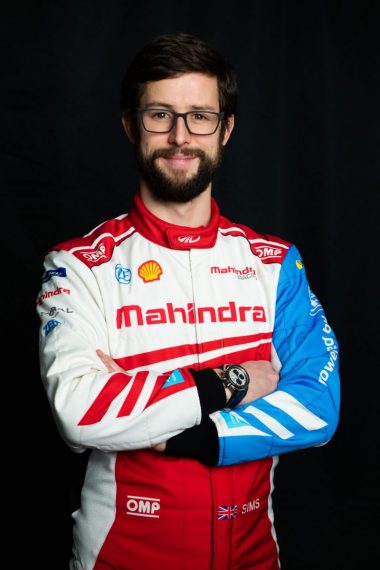 Alexander Sims believes Mahindra Racing will bounce back next time out in Monaco’s seventh Championship round. Picture: Lou Johnson.

COUGHTON’S Alexander Sims bemoaned his disqualification for energy overuse in the opening race of last weekend’s double-header in the Valencia ePrix – but says Mahindra Racing continue to move in the right direction.

It was ultimately a tumultuous trip to the east of Spain for the 33-year-old, who finished 23rd in the second race of the weekend to slip to 13th in the drivers’ rankings in the ABB FIA Formula E World Championship.

With five more events and nine further races still to compete in however, Sims is keeping upbeat about his chances of dragging his team back into contention.

“After the team did so well to get us in a great position, and in particular climb so high up the field in Saturday’s race, it was difficult to take the final classification result,” he said, in reference to the fifth race in the Championship season.

“In Sunday’s race, I lost time in a very inefficient way with the drive-through penalty and there was no chance to catch up, we were just waiting for a safety car – that was the only card we had.

“What we did do was work on the car to improve balance and systems, and so far this season the car has been really solid.

“The whole team is doing a good job, and everything is moving in the right direction.”

Qualifying in 11th ahead of the opening race, Sims put in a confident showing during a round that was blighted by five safety cars.

Despite this, he had jumped from fifth into third with two laps remaining, only to be penalised for the amount of energy lost during the lengthy safety-car periods – something which resulted in four other drivers to be disqualified from the race.

Not willing to be undeterred, Sims posted another 11th place in qualifying to put himself in good stead to challenge for the podium places in the weekend’s final race.

Round six proved more difficult for the Mahindra Racing man to navigate though, picking up an early drive-through penalty to place him at the wrong end of the race rankings.

As a result, the Coughton racer was unable to make up the places, and had to settle for his final standing of 23rd.

The seventh round of the Championship will take Sims to Monaco on Saturday, May 8, where he hopes to resurrect his title ambitions.